"Next best thing to being there!"

Quick links to all our sites:

Visible once again this weekend on our Port Miami Webcam... the crazy antics of those would-be aviators in the Red Bull Flugtag.

Tropical Strom Gabrielle moved north from the Caribbean and threatens Bermuda. Norwegian Cruise Line's ship NORWEGIAN DAWN tried to leave port ahead of schedule but as conditions deteriorated, they changed plans and opted to stay overnight. Wednesday will be challenging as DAWN attempts to leave and another NCL vessel, NORWEGIAN BREAKAWAY arrives from New York... currently re-scheduled for the afternoon instead of early morning.

Live footage with sound was recorded from Port Bermuda Webcam during the early afternoon and then just before dusk. Currently being featured on-air by The Weather Channel...

The fishing boat JESSICA HEATHER ran aground on the beach early in the morning at high tide. By midday it was left completely stranded on the beach just south of the Pier Shops at Caesars and the location of the Atlantic City Webcam at One Atlantic Events. When high tide returned that evening, Tow Boat US were able to slowly drag the boat off the beach and back out to sea. Thousands of viewers followed the action online via our continuous live streaming video coverage.

Aruba Ports Authority (APA) N.V. partnered with PTZtv to promote cruise ship arrival and departure coverage from the Port of Oranjestad. The control tower was selected as the prime location for our live streaming broadcasts as all cruise ship berths and container ship operations are within its extensive field of view.

Our main objective is to broadcast these views of the Port of Oranjestad to cruise and marine enthusiasts around the globe through the PortArubaWebcam.com website with social network engagement via Facebook .

This venture will stimulate the port’s online presence to the existing PTZtv audience who follow both Ft Lauderdale and Miami ports among others. Most of Aruba's cruise ship calls originate from these ports which cater to millions of passengers annually.

PTZtv provided two live webcam streams with over 1,500 concurrent viewers plus two further non-streaming video cameras for a total of FOUR separate vantage points on this one-time event. The historic explosive demolition of FPL's Port Everglades power plant with iconic smokestacks marked the end of a signature skyline view that has greeted millions of cruise passengers since the 60's.

Our recorded video is rapidly becoming the most-watched record of the event on YouTube :

The Atlantic City Webcam provides sweeping southerly views from the city's premier social event and wedding venue, One Atlantic in The Pier Shops At Caesars. Viewers will be able to enjoy the ocean, beach and boardwalk with a casino-lit skyline throughout the night.

"On June 3-4, more than 50 small publishers came to Washington D.C. to meet with 27 House and 9 Senate offices, representing 24 districts and 11 states plus the District of Columbia. Small publishers converged on DC to highlight the importance of the advertising-supported internet empowering small business growth in America."

Read more about the Fly-In on IAB's website here. 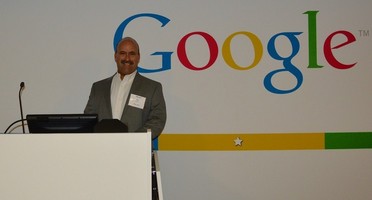 May 15th & May 17th, 2013 : PTZtv Cover First Arrival and Departure of Norwegian Breakaway in Bermuda

Cannon blasts from outside the historic Commissioner's House, part of the National Museum of Bermuda, greeted the brand new Norwegian Breakaway on her inaugural visit to Bermuda. Our Port Bermuda Webcam was front and center to capture all the action and provide content updates for the Bermuda Sun.

New York Harbor Webcam broadcasts live coverage of brand new NCL cruise ship Norwegian Breakaway sailing under the Verrazano Narrows Bridge and into the harbor for the very first time. In addition, staff members accompanied the Sandy Hook pilots out to meet the ship as it approached for pilot boarding.

PTZtv is proud to annouce the immediate availability of their new Port Bermuda Webcam in association with the National Museum of Bermuda, North Rock Communications and The Royal Naval Dockyard in Bermuda.

Story in the Bermuda Sun.

PTZtv is proud to annouce the immediate availability of their new Fort lauderdale Beach Cam in association with the Courtyard by Marriott Fort Lauderdale Beach Hotel.

PTZtv is proud to announce their new Key West Harbor Webcam in association with Historic Tours of America and the Key West Shipwreck Museum.

Here's video of the first cruise ship arrival on our launch day...

PTZtv goes online with a brand-new website! This site provides information about us... what we do and what we've done. Find out how PTZtv can make scenic webcam solutions work for you.

Fireworks over Biscayne Bay signal the start of a new year in Miami, Florida.